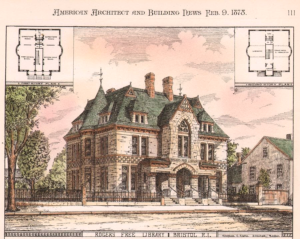 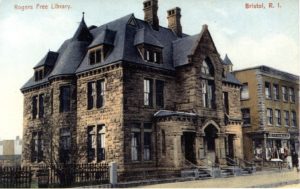 Bristol has the generosity of Maria DeWolf Rogers to thank for the Rogers Free Library, an impeccably designed brownstone building located in the heart of town and now into its second century of library service.  It was built in 1877 at a cost of $20,000 and dedicated to the memory of Maria’s beloved husband Robert, who, when he died, was the wealthiest citizen of Bristol.  The start-up collection numbered 4,000 volumes.  Over the first 80 years of its existence, the Library occupied the second floor of the building in which two banks shared the first level (providing a constant revenue stream for Rogers Free Library). 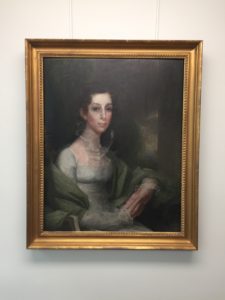 On the night of July 27, 1957, a raging fire caused by faulty electrical wiring completely gutted the building.  In its wake, four walls were left standing.  After three years of community effort, Rogers Free Library (measuring 6200 sq. ft.) rose from the ashes, remodeled as the two-story building down from three.  Thus began a new era of library service to Bristol for the next 40 years.

With the explosive growth of technology especially in the past 20 years and consequent need for information of all kinds, the role of Rogers Free Library has constantly adapted to meet those needs.  In 1990, the library formally began its participation in an automated circulation system (Ocean State Libraries), and when the State of Rhode Island restored funding for library construction (1999), the Board of Trustees and the town mobilized to expand the current facility.  In the fall of 2008, Rogers Free Library threw open its doors on a completely new/refurbished 28,000 square foot building , one equipped to meet head on all the challenges of services in the 21st century.